(Pictured) The Hitchin site – a selection of three, four and five bedroomed homes priced
between £500,000 and £900,000 with the show home opening early next year

Troy has five sites in the pipeline, with the most advanced being the two brought in by director Adrian Bohr at Hitchin in Herts and at Abbess Roding in Essex. Hitchin already has planning for 18 houses on the old hospital site near the town centre – the old buildings have been demolished to ground floor level, and once some troublesome asbestos pipes are dealt with, work on site is imminent. Abbess Roding was also bought with planning for six semis, but Bohr and CEO Richard Werth have worked (mainly) harmoniously together to re-order the site to improve it and add value. “When I first met Adrian I gave him a few tests on what he might do with a site,” says Werth. “This is so important. I realised straightaway he had an eye for product details and certainly did not have the standard view of the volume housebuilder. So when we looked at the Abbess Roding plans we had similar thoughts – and a healthy debate on the type of product and spec!”

The third site is Amersham which they have bought from one of their investors, Inland Homes, a relationship which they hope could bear fruit in the years to come – Inland’s finance director Nish Malde is a non-exec at Troy. There are five houses on the site, four private and one affordable which will be sold to Inland. Work to start in September.

A fourth site in Finchley is subject to planning and has just been refused, but Troy is being encouraged to appeal by the planners and is considering a new scheme plan. And finally at Pinner, in north west London, something a little different – a block of 24 apartments, subject to planning. 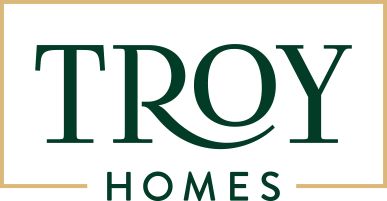